Germany is the birthplace of kindergarten, although the locals here say that the word itself is dated. These days, Kita is the term of art and the term stands for Kindertagesstätte. This name implies that the institution also provides daycare and all-day kindergarten.

I visited a Kita in Lübeck run by a huge NGO called Vorwerker Diakonie. Think Oxfam meets Salvation Army meets Miraval meets a country day school. Yeah. Nothing analogous that I can think of in the U.S. Children, elders and those with differing abilities receive care and services from Germany’s wide-ranging social welfare system, regardless of income or need.

In fact, that last part, regardless of income or need, is true for most social welfare payments here. Kindergeld is a payment to families, kind of like child support. Anecdotally, I learned about a U.S. attorney married to a German doctor with a bi-national child living in Berlin. These well-educated, high-income folks receive extra kindergeld because their child, by dint of being 1/2 American, is a minority.

Here is the tipi outside of the Kita I visited. Yesterday was the last day of school across Germany and in this institution, teachers and kids were preparing for their “Indiana” party which actually involved a strong American Indian theme. German boys of yore came of age to the writing of Karl May, who wrote pulpy novels that romanticized American Indians. There’s even an annual re-enactment of May’s books about an Apache and his German sidekick, Old Shatterhand.

Culture, too, plays a big role in the self-image and social system in Germany. We visited with several cultural managers who are leading the arts, theatre and musical events and learned about the 60 million euros that are invested each year in the arts in Schleswig-Holstein alone. That made me think about the budget Michigan’s governor has put forward for expanding early childhood for the entire state (10 million people, give or take) for the year: $65 million. Not a good comparison, but still, it gives one a sense of the investment in arts and culture in Germany.

Here are high school students from Johanneum zu Lübeck presenting on Willy Brandt, a German statesman and politician, leader of the Social Democratic Party of Germany from 1964 to 1987 and chancellor of the Federal Republic of Germany from 1969 to 1974. He was born in Lübeck and was active in politics at a very early age. Good history here and ultimately, he won the Nobel Peace Prize for his efforts to forge positive relations between West Germany and the Soviet bloc.

It’s hard to imagine that any culture wouldn’t support its youngest by thinking about providing social supports and education that enables them to succeed. And it’s easy to look at other countries as having more evolved and better policies about children. I haven’t learned enough in Germany about this to make any grand pronouncements one way or the other; however, I have noticed that children are important here and there are services and supports available at no cost (not to mention free or nearly free post-secondary education). Who your parents are and where you are born here in Germany plays a role in your potential for future success, just as in the U.S.  All we can do is try to experience more… more of what others are doing, more of what’s working and more of how that translates into practical applications no matter where you live. 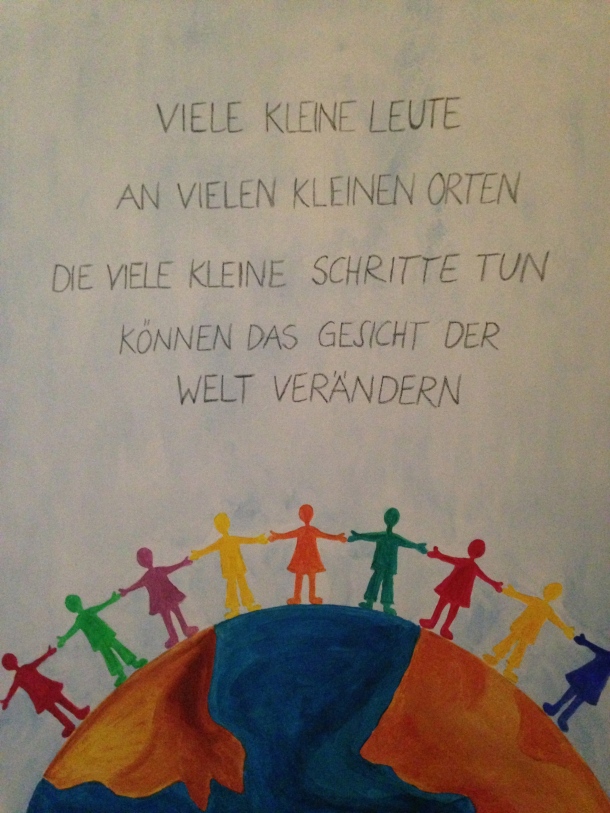