Today we explored Antwerp, starting from the central rail station and working our way to the port. But first you should know that Antwerp is located in Flanders. Belgium is a Federal Parliamentary Democracy with a Constitutional Monarchy. This long string of words has real implications for governance. There is a bicameral federal legislature and parliament (but if you’re a French-speaking Belgian, you can only vote for a French-speaking candidate. Same with Flanders and Dutch-speaking). Then there are regions (think: Midwest, Southwest in the U.S.). Here it’s Flanders, Wallonia and Brussels. On top of federal government and regional government, you then have community governments that are based on language. Belgium’s three languages are Dutch, French and German. There are provinces, five in each of the two regions. And then, finally, there are local governments. I mention all of this because it means that Belgium’s political infrastructure is complex and based on language and location, not to mention party affiliation. Next time you meet someone from Belgium, see if the language and location comes up. 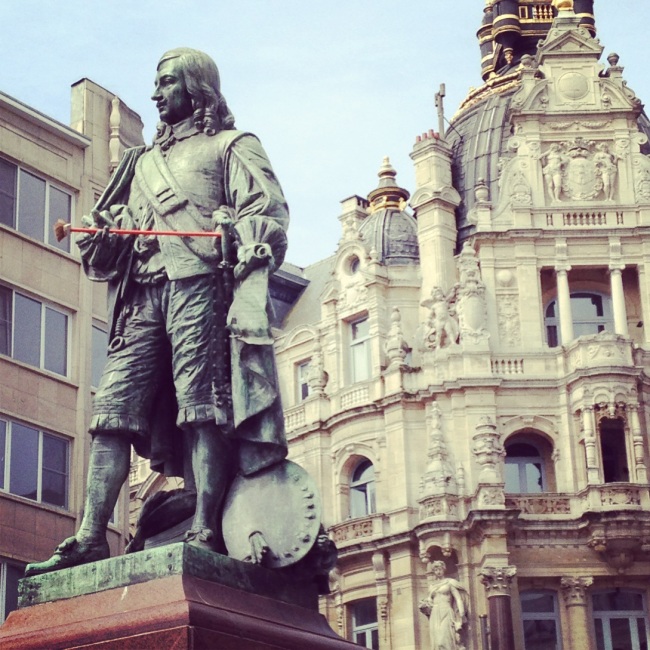 Speaking of infrastructure, Antwerp has the second largest port in the world. Antwerp: not just diamonds. Shipping is something I don’t know much about, so I won’t attempt to wing it here. Let’s just say that the enterprise is essential to our daily lives. The port produces 9.5% of the region’s (Flanders) GDP, roughly the amount needed to run the education system.

We came and went quite swiftly in Antwerp, so I can’t report back on the diamond district, the shopping or anything else. But I can tell you that I want to come back here in several years. Architect Zaha Hadid is building the new port authority and it looks like a glittery diamond-encrusted Noah’s ark (h/t to Chris Brooks for the mental image).